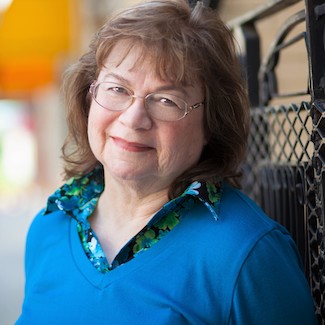 Marji has a B.A. in Spanish from the University of Florida, with graduate hours in linguistics and testing and assessment (ECU). Marji began her college career as a pre-veterinary major and garnered many college hours enjoying science.

Growing up in south Florida, she went to SeaCamp in the FL Keys where her passion for marine science was ignited through snorkeling, scuba diving and the hands-on study of ocean life.

Marji McIlvaine been teaching other homeschooled students in a variety of subjects for almost her whole homeschooling life. Marji has studied seven languages (Spanish, French, German, Portuguese, Italian, Russian, and Arabic) and worked at UF as a bilingual secretary to a professor in the Animal Science department, thereby fusing her interests in science and language. She teaches Spanish 1-4, French 1-3, elementary Spanish classes, a unique language survey class, and middle school chemistry and marine science classes to homeschoolers of all ages in the mountains of western NC.

She also teaches high school marine biology classes, Spanish, French, German, and a broad spectrum of history classes to all ages as well. You might say that she is living proof that God will use whatever interest we give him to advance His purposes, and that nothing we give to him is in vain.

Marji is an advisor to the Board for the Henderson County Homeschool Association, administers the Woodcock-Johnson IV test to area homeschoolers, and is honored to have been included as a workshop speaker at the NCHE Homeschool Conference for several years.

One of her joys is helping her children and other students see the fingerprints of God in every discipline we study – science, foreign language, communication, and history, and helping them learn to use their God-given gifts and interests for His purposes in their lives. There is always more to learn and more to explore – every subject we study is an adventure into some facet of the world and of God!