Exploring your future...one challenge at a time!

One Membership For The Whole Family

Includes all students in your family for one price!

When you purchase STEM Club & classes together. 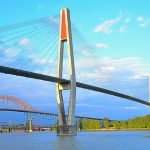 Learn about the types of possible loads, how to calculate ultimate load combinations, and investigate the different sizes for the beams (girders) and columns (piers) of simple bridge design.

Learn the steps that engineers use to design bridges by conducting their own hands on associated activity to prototype their own structure. Learn how to determine the potential bridge loads, calculate the highest possible load, and calculate the amount of material needed to resist the loads.

Class discussion and show your bridge creations: Take a moment and think of all the bridges you know around your home and community. Maybe you see them on roadways, bike paths or walking paths. Think of those that have piers (columns) and girders (beams). What do they look like? Can you remember the sizes of the piers and girders? What are examples of load types? Why would the loads make a difference in how an engineer designed a bridge? If you were an engineer, how would you go about designing a bridge to make sure it was safe? 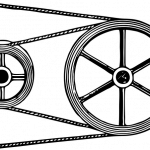 Pulleys make work easier by reducing the effort needed to lift an object.

Send videos to Mrs. Pollard of how your pulley system works, and we will share them at the last STEM Club meeting. 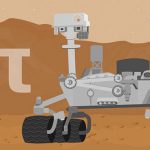 This visual math problem set gives you a chance to put your knowledge of the mathematical constant pi to the test by solving some of the same calculations that NASA scientists and engineers use to explore space. 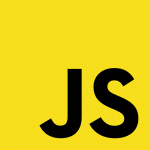 We will use Code.org’s App Lab to code your own app in JavaScript using either block based programming or text (your choice).

April 7 – Code Your Own App (Continued)

Share your apps, questions about coding and discuss about how to market your app. 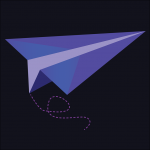 Learn the different airplane parts, including wing, flap, aileron, fuselage, cockpit, propeller, spinner, engine, tail, rudder, elevator. Then they each build one of four different (provided) paper airplane (really, glider) designs with instructions, which you test in three trials, measuring flight distance and time. Then design and build (fold, cut) a second paper airplane design of your own creation, which you also test for flight distance and time.

Next, graph the collected class data. Analysis of these experiments with “model” airplanes and your results help you see and figure out what makes airplanes fly and what can be changed to influence the flying characteristics and performance of airplanes.

Let’s share your videos of the pulley systems you created during our February meeting.

Anna Pollard
My professional career began in the graphic and web design industry as a Creative Director in the field of Informational Technology. After 15 years of professional IT work, I made a career change to share my technology knowledge with students and began a career in teaching. Anna teaches web design and programming courses [...]
Category:
Engineering Courses/ Math Courses/ Science Courses/ Technology Courses/
Tags:
High School/ Middle School/ Spring 2020/ Tuesday/

Check out the Schedule »

Get an Additional 10% OFF when you enroll in 2 or more classes.

We’ve got you covered! Just choose the Payment Plan option on the checkout page, and you can pay over 6 months.*

Get $50 Off Your First Class